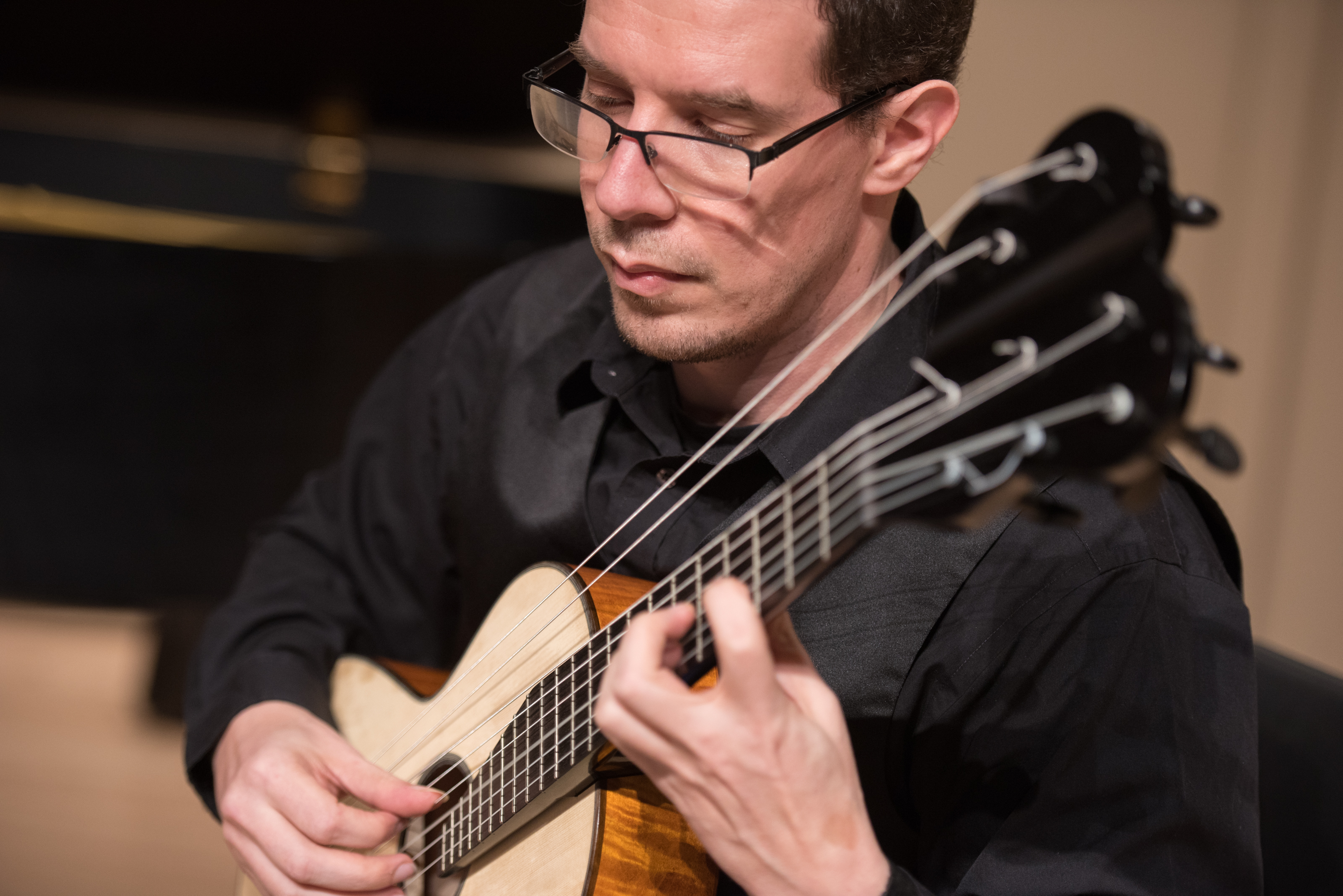 Carlos Castilla, has been featured as a soloist with orchestras and chamber ensembles, as well as in solo recitals in different cities of Latin-America and the United States. He has worked as a collaborative artist with orchestras featuring stars such as Placido Domingo, James Galway, and Bernadette Peters. Carlos is the co-founder of Duo Guitiano, along with Cuban-American pianist Amanda Virelles, and is known for his innovative technique, clear sound, and soulful interpretations.

Dr. Castilla holds a Bachelor of music from Los Andes University at Bogotá-Colombia where he studied with Maestro Jaime Arias Obregón, and also holds a Master degree and a Doctorate in Guitar performance and pedagogy from the University of Southern Mississippi, with Dr. Nicholas Ciraldo.

Before coming to the United States, Carlos worked as a guitar professor at Universidad del Atlántico in his native Barranquilla, Colombia, where he also founded and directed the Philharmonic Society of Barranquilla (SOFIBA), institution that organized and promoted a vast array of cultural events in the community.

Carlos is a devoted teacher and performer and is very active as a recitalist, lecturer, and adjudicator. He is available for recitals, chamber music collaborations, recording sessions, and different types of events. After living in Nashville, TN for the past four years where he taught at Middle Tennessee State University and Tennessee State University, he currently resides in Fayetteville, NC.