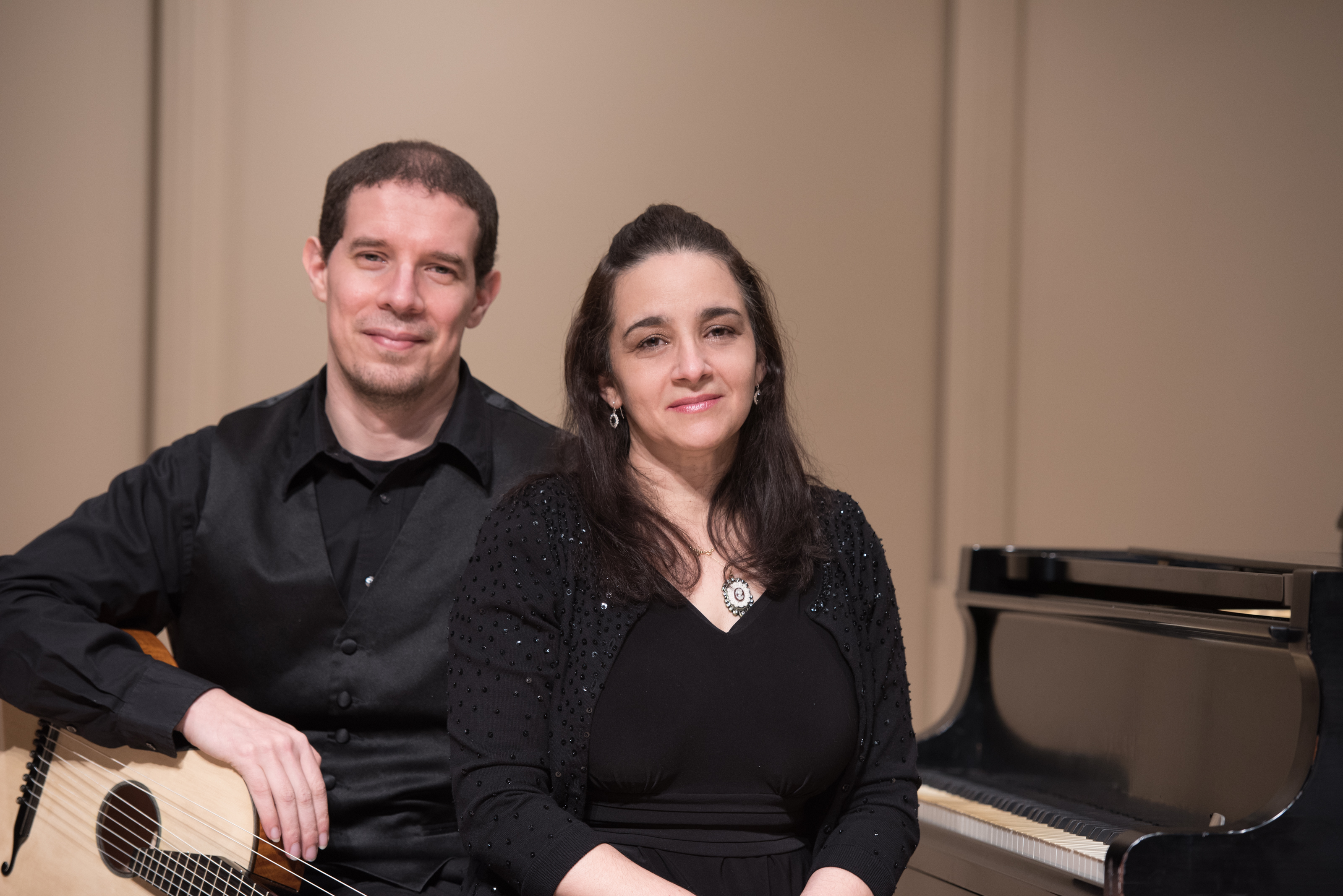 Carlos Castilla, is the co-founder of Duo Guitiano, along with Cuban-American pianist Amanda Virelles. Duo Guitiano specializes in the repertoire originally written for the guitar-piano duo setting, from 19th century to the present day. Carlos has been featured as a soloist with orchestras and chamber ensembles, as well as in solo recitals in different cities of Latin-America and the United States. Dr. Castilla holds a Bachelor of music from Los Andes University at Bogotá-Colombia where he studied with Maestro Jaime Arias Obregón, and also holds a Master degree and a DMA in Guitar performance and pedagogy from the University of Southern Mississippi, studying with Dr. Nicholas Ciraldo. Before coming to the United States, Carlos worked as a guitar professor at Universidad del Atlántico in his native Barranquilla, Colombia, where he also founded and directed the Philharmonic Society of Barranquilla (SOFIBA). In the US, he has taught at Middle Tennessee State University, Tennessee State University, and currently resides in Fayetteville, NC and teaches at Methodist University, Fayetteville State University, Coastal Carolina Community College, and is the owner and founder of Fayetteville School of Music, LLC.

Amanda Virelles has performed as a soloist and collaborative artist throughout the United States, Europe, the Americas, and the Caribbean. Virelles began piano studies in Cuba and received her Master of Fine Arts Degree from the Russian Academy of Music Gnessins in Moscow, Russia, under the guidance of Inna Malinina. Virelles holds a DMA from the University of Southern Mississippi, where she was a student of Lois Leventhal. She is an Associate Professor of Music and Interim Chair of the Department of Performing and Fine Arts at Fayetteville State University, Carlos and Amanda’s solo and ensemble recordings are available in all digital platforms. Duo Guitiano was awarded an Honorable mention at The American Prize in Chamber Music (2018). In addition to Duo Guitiano, Amanda is also a founder of “4HANDS Piano Duo”.